We are actively seeking collaboration partners in academia, industry, medicine, and finance to help develop CircaVent into a robust drug discovery platform for bipolar disorder and other mental health conditions.

Mental illness affects many people around the world, and is often debilitating. Bipolar disorder (BD), for example, afflicts about nine million people in the US, or roughly 2% of the population, and nearly 83% of patients’ illness is classified as “severe,” meaning it dramatically impacts their quality of life. The only drug that is specifically approved by the FDA to treat BD is lithium, which has been used since 1970 – but recent studies suggest that nearly 70% of patients don’t respond to the drug. All other drugs that are currently used to treat BD were initially approved for other conditions, and their efficacy is similarly lackluster. The drugs can also cause patients to feel that they are cognitively “dulled,” and can cause other problems like tremors and obesity. Some patients with BD choose not to take medication because of these side effects, making them vulnerable to acute episodes of mania and depression that can be deadly. Many famous people throughout history have suffered and died from complications of BD, including Vincent Van Gogh, Ernest Hemingway, Virginia Woolf, Amy Winehouse, and Carrie Fisher.

Why haven’t more effective medications for bipolar disorder been developed over the last 50 years, despite its prevalence? The symptoms of BD are often similar to those of other diseases, like depression and schizophrenia. As a result, drug development efforts have largely focused on repurposing drugs that treat those conditions to see if they alleviate BD. But BD is a complex condition that affects multiple body systems, and while an antidepressant might help bring a patient out of a depressive episode, for example, it will likely not treat the insomnia that plagues many patients with BD. In part because of this underlying complexity, there has been comparatively little funding specifically for developing novel BD treatments compared to other mental health conditions. As a result, patients with BD are often forced to choose between suffering from wild swings of unregulated mood and behavior, or enduring drug side effects that can be equally debilitating.

CircaVent is a high-throughput drug screening platform that combines predictive algorithms, preclinical models, and human brain organoids to efficiently identify and test drugs that could treat the underlying causes of bipolar disorder. CircaVent is initially focused on addressing the circadian rhythm disruptions that are a common hallmark of BD, and could dramatically speed up the process of identifying safe, effective drugs to treat a wide variety of illnesses with cognitive and behavioral effects.

CircaVent is the product of an ongoing collaboration between members of the Wyss Institute’s Synthetic Biology Platform led by George Church and Bioinspired Therapeutics & Diagnostics Platform under the direction of Donald Ingber and Mike Levin. The Church lab has been studying the genetic pathways that are associated with mental health disorders like bipolar disorder and schizophrenia using the Institute’s FISSEQ technology in human brain organoids. In parallel, the Ingber and Levin labs recently developed CogniXense, a platform that uses a machine learning algorithm to predict drugs that might treat rare genetic diseases that cause cognitive impairment, such as Rett’s syndrome, then tests those drugs in Xenopus laevis tadpoles to evaluate their effects. Because frog eggs are laid in large numbers, develop quickly, and display cognitive behaviors that can be easily observed, the tadpoles offer significant advantages over traditional model organisms like mice and rabbits.

In 2019, Jenny Tam from the Church lab and Richard Novak from the Ingber lab realized that their respective technologies had the potential to be combined to create a platform that evaluates drugs’ effects on both human neuronal function (via the organoids) and cognition and behavior in a whole living organism (via the tadpoles) – a two-in-one system that could dramatically speed up the pace of drug discovery for cognitive and behavioral conditions.

Studies revealed that the neuron firing patterns in brain organoids that came from healthy human patients are significantly different from firing patterns in organoids derived from patients with bipolar disorder. The team began studying these firing patterns to determine what genetic changes might be responsible for those differences. They then used CRISPR gene editing technology to modify those genes in the tadpoles, and saw that the animals’ circadian rhythms were disrupted – a known hallmark of BD. Next, they used CogniXense’s drug prediction algorithm to identify drugs that might mitigate the effects of those genetic changes, and administered them to the tadpoles. Drugs that seemed promising in the tadpoles were then tested in the brain organoids to see if they had the same effects on human brain tissue. 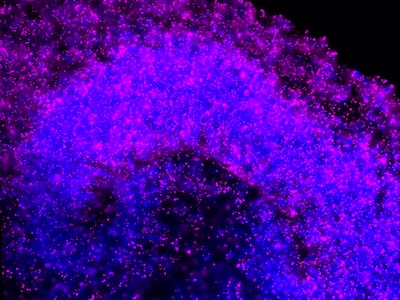 In a LinkedIn Publishing post, Jenny Tam explains the symptoms of biopolar disorder, as well as the implications of it being an invisible illness, and what she is doing at the Wyss Institute to discovery therapeutic treatments.

Based on preliminary results from these experiments, CircaVent was designated a Wyss Institute Validation Project in 2020, and was renewed for a second year of funding in 2021. The team knew they needed to consult a mental health expert to ensure that their platform would successfully address bipolar disorder patients’ needs. They reached out to Andrew Nierenburg, who is the Director of the Dauten Family Center for Bipolar Treatment Innovation at Massachusetts General Hospital, for guidance. Nierenburg quickly became a close collaborator on the CircaVent project, and was excited by its potential to offer not only a novel pathway to new potential treatments for his patients, but also an objective, molecular way to evaluate whether certain medications alleviate BD symptoms.

The team has identified multiple candidate drugs that have the potential to treat the circadian rhythm disruptions seen with bipolar disorder, and is conducting ongoing tests in its brain organoid and tadpole models. The scientists are also using the brain organoids to identify biomarkers for BD that could be used for future diagnostic tests.

We are actively seeking collaboration partners in academia, industry, medicine, and finance to help develop CircaVent into a robust drug discovery platform for bipolar disorder and other mental health conditions.

Next CogniXense: A Platform for Rapid Drug...
Previous Toehold Switches for Synthetic Biology